What's on your mind?

The Marvel Cinematic Universe (MCU) has always been interested in Infinity Stones since the very beginning. Yes, I mean it! Even Captain America was into stopping Red Skull from using the Tasseract before he became a “Capsicle” (pun intended). Captain Marvel had received her amazing powers with the exploding of an energy reactor directly connected to the Tasseract! And if someone doesn’t know at least the plot of Infinity War and Endgame, he or she has been living under a rock! I AM SERIOUS!!!!

So, what would happen if there were no Infinity stones.

The first thing that comes to our minds when we think of Infinity Stones are the words, or movies, “Infinity War” and “Endgame”. While it is true that these would not exist, it could also be true that these two movies will exist, just in a different way. Maybe Thanos would find a way to try to obtain the whole Universe and “Make it right”. A way, Marvel hasn’t introduced yet. The next thing that comes to our mind, is Red Skull. Red Skull would not have died and maybe Hydra wouldn’t have been formed if there were no Infinity Stones, because the main and primary aim of Hydra was to acquire all the Infinity Stones. Next we think of the Captain Marvel. As everyone knows (hopefully), Captain Marvel received her amazing powers by absorbing some of the energy of the Tasseract. This made her the most powerful Marvel character (my opinion). If there were no Infinity Stones, she would have been just a normal person and would not have gone to another planet, plus there would not have been a plane crash (from where she learned about the stone). In “The Avengers”, Loki had come to Earth to get the Tasseract and to conquer the planet. He would not have done that and maybe would just come to Earth to conquer it. I think that the whole web-series Loki, would not have taken place and he would not have been a variant. Coming back to Infinity War and Endgame, Natasha Romanoff (Black Widow), Heimdall, Loki, and specially Iron man, would not have died!

Vision literally would not have even existed! Which would technically mean the Wanda would not exist… Kind of…

Therefore, I think that Infinity Stones are and will always remain an important part of the MCU and is already the reason that so many heroes like Captain America and Captain Marvel would not even exist.

“Hey Rob”, mom said, “There is someone outside to meet you”. I was sitting on my sofa and reading the book, ‘A 1000-year-old boy’ for the fourth time that year. It was a cold and a dark day, the day of the Autumn Equinox. I glanced outside the window, from which I could see the long-stretched beach. I stayed near the beach of Miami. It was almost sunset. The pink and reddish sky had started to become crepuscular. “Who came to meet me at this time?” I thought, tilting a little to my left to see a lad standing there. His arm was fractured and the plaster had many ‘Get well soon’ written on it. He had a paunch and was wearing what seemed like a short yellow-colored Bermuda pant. He looked like a person in his early 20s, but was too short to be one. His eyes were sea green in color and his camouflage shirt made me think he was in Army. But he was too hunched to be one. Fair-looking person he was and had curled lips which I thought were from anxiety. Supporting a mustache, he looked as if in a hurry. The part of his T-Shirt right above his epigastrium contained a sign I did not recognize. The blond person had cleanly combed hair and had dimples on both his cheeks. His other hand was in his pocket and from what I could see, it was full of multicolored bracelets.

He looked at me from the window with a familiar looking smile, and I descried that he had a birthmark right below his left cheek’s dimple. This made me recognize him. It was my friend Jimmy, whom I last met seven years ago, on the train which separated our ways, he vamoosed to become an artist, and I departed for post-graduation. I wish he had grappled it. I remember that we did not rendezvoused seven years ago, then why did he come to visit me? Did he wish to meet me to discuss some problem or just wanted to have a normal talk after seven years? I stood up excitedly and ran towards the door to receive him. We both exchanged greetings. His voice had completely changed. It had become heavier than it was before. I almost jumped after I heard his voice. “Jimmy”, I said, “Long time no see! Where have you been?” With a soft smile on his face, he said, “Oh, so you have recognized me Rob.” I had to think of something quick, therefore I said, “Oh, I recognized you the moment I saw you”, which was a lie because it was actually his birthmark which made me realize that it was him. “That is great m’ friend”, he said laughing. I had a bizarre feeling that he had realized the truth. To hush up the awkward silence, I said to him in a small but pleasant voice, “What makes yo’ remember m’ after seven years?” With a combination of chucking, smirking and scowling, he said, “Oh, oo’ requires an excuse to meet his friend?”

Smiling, I asked him if he had become an artist, and he confidently said yes. He even showed me the copy of Mona Lisa he had made. It was beautiful, and looked just like the original one. After approximately one and a half hour of chit-chat, I heard police sirens far away, but they were coming close. Even before I could look outside the window, Jimmy said, “Oh, I should not be over here”, and he ran outside my house, said bye hurriedly and ran behind another building 50 to 60 meters away. Discombobulated, I sat back on my comfy sofa and switched on the idiot box. Was he a criminal? A thief? Alas! I would never know. I changed the channel to the news channel which I usually watch. The reporter said, “And now, breaking news, Mona Lisa has been stolen and the thief, has gone missing near Florida beach.” 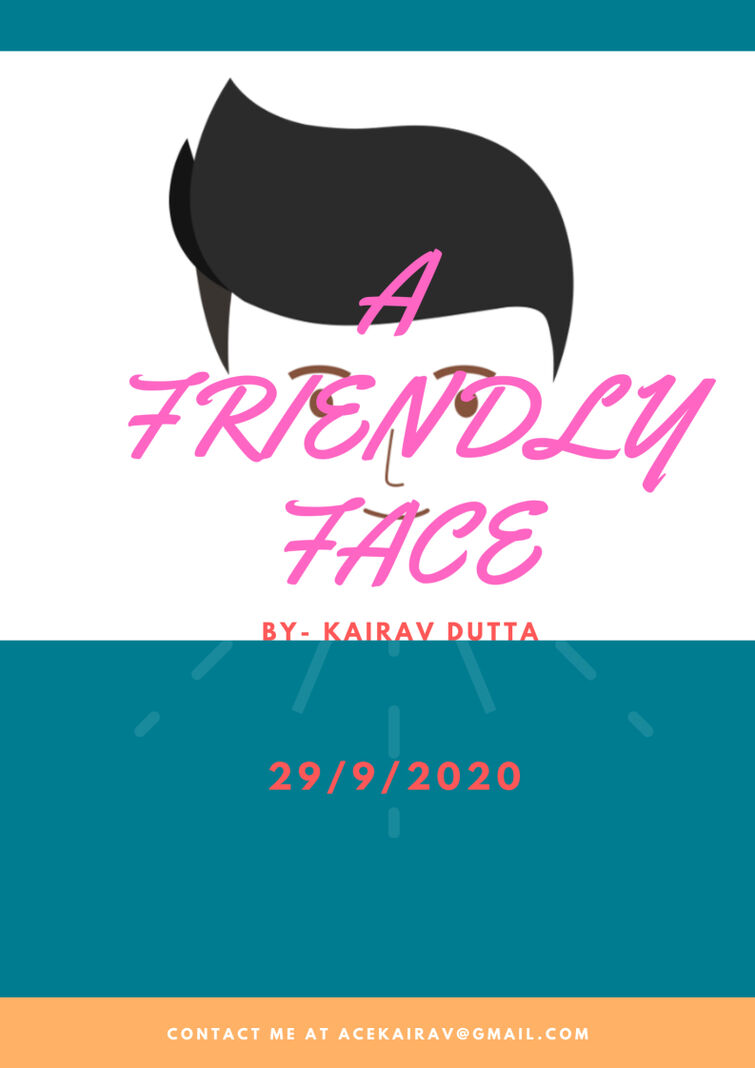